Well, I attempted to Cakes to another toddler story time.  We showed up, at what I thought was, half way through but in reality was only 15 minutes in.  So I don’t forget the next time I attempt to go, toddler story time is an hour.  Cakes did much better this time and probably would have had the patience to listen to an entire story without grabbing other books had a rambunctious four year-old not commented on each line of the book. Cakes stayed seated in my lap reading quietly until craft time began. 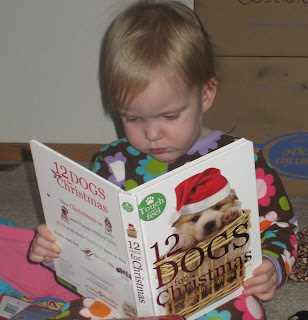 When I asked her if she wanted to color she got up and started hunting down the crayons, eventually ending up with two baggies of crayons and nothing to write on.  I managed to keep her from writing on books or walls but when a hard surface (clipboard base) was given to her to do her project on, she immediately started coloring.  I asked her to stop but wasn’t to serious about it since it was obvious that other children had done the same.  Again, the librarian (different one this time) apparently doesn’t have much patience for two year olds like mine and freaked out.  When the paper for the art project came it became apparent this was not designed for Cakes and was for the parent to assemble and the child to look at (or destroy).  We had now been there for a half hour and Cakes had done so well being quiet and still-ish that she was ready to do laps around the library.  I took this as our cue to go and so ended our second trip to toddler story time.

I’ll probably try to return for half of story time but Cakes just isn’t into it.  She doesn’t particularly enjoy listening to the stranger read to her and none of the kids really interact with each other.  Do you think it’s worth it to keep going?  Should I take her back to the baby story time and see how she does there?  I just wonder if it’s worth the time and stress for what we’re getting out of it, ya know?!

For some reason when our house was built, the deck was painted dark brown.  I don’t know why it wasn’t stained to allow the natural wood to show through but instead painted a dark color that reflects the hot Texas sun.  Since a protective coat wasn’t applied, the paint has been progressively chipping and we’ve decided while the weather is still mild it would be a good time to remedy the problem.  Since the deck was already painted, staining is no longer an option.  My husband is capped out on his PTO and took today off to get the deck primed (it was that dark) and hopefully painted to match the trim of our house (off-white/cream).

After living in this house for 16 months, we’re finally getting around to fencing in our entire property.  As one of our contingencies for purchasing this house we asked the entire lot (back part) be fenced.  The builder agreed to fence only the part that was sodded.  It’s still a really good size but we’re missing out on the additional space the other half that’s unfenced would provide.  And, we’d rather get it fenced in before neighbors start encroaching on our property lines. 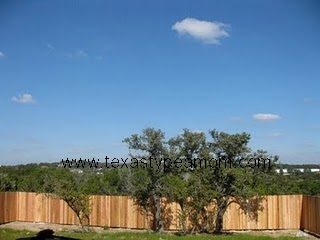 Lowes just delivered all of our building materials and we’ll be picking up the tool rentals and get started on it tomorrow.  It’s going to be a big job.  This part of Texas sits on limestone so there’ll be a lot of jackhammering to start just to get the posts in place.  Thankfully my dad and some friends have agreed to help so hopefully the job goes a little faster than it would have otherwise. 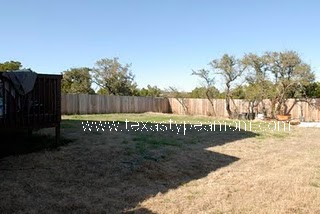 Do you have any home improvement projects you’re working on or that are on your to do list?